Help for a Healthy Lifestyle

In September, during three weeks, United Way Romania and Freescale Romania organized educational sessions for children, on relevant topics: the importance of the personal hygiene, of a healthy alimentation and physical education, key elements of a balanced lifestyle. A number of 40 children, aged 6 to 15 years, who benefit from United Way support through the “Chance for the Future” project, attended the sessions.

During the first meeting, the Freescale volunteers explained the alimentation rules. The kids learned about how to choose the healthy products and how to consume fewer nutrients with negative impact on their health. Furthermore, the volunteers talked to the children about the importance of the personal hygiene. They spoke about how and when to use basic hygiene products and told them about the impact of the personal hygiene on their personal image. At the end, the children received fresh fruits. Marius, one of the volunteer lecturers, told us after the meeting: “I had no idea I could feel like a child again, trying to get to know the children and talking to them about my life experience. It is very important to believe in them, to build a beautiful future and to try to make them dream, because without dreams, people lose their souls. I met some great children, educated, smart and warm! I can`t wait to play volleyball with them!”

To complete the idea of a healthy lifestyle, the second meeting was focused on sport and its importance in a child`s life, for a harmonious development and for them to understand what is fair-play and team play – valuable concepts in the day to day life. The Freescale volunteers presented the children the sport rules, with focus on the volleyball game, in order to prepare the third meeting: a competition together, children and Freescale volunteers. At the end of the lesson, each child received fresh fruits.

During the third meeting, on September 19th, 40 children and 37 volunteers were split in mixed teams and the volleyball sport competition began. The event`s location was the sport hall of the 311 Public School. The kids received sport equipment and at the end, all children and Freescale volunteers received participation diplomas and medals for the winners.

The event participants shared with us their feelings about the project. Sabrina, one of the children, told us: “I enjoyed the way Marius and Alexandra taught me to play and how to increase my self-confidence. At first, it was difficult but after that I found the courage to play. I didn`t win but I had a blast!” The Freescale volunteers were eager to confess too: “I was very happy for the children, who really enjoyed the event. They were also excited before the start of the game. I was very focused during the game, but the children made me feel more connected to the idea of enjoying the simple act of playing. They were a real team and they won. All of them were very nice.” (Bogdan). “The children were wonderful. They helped me boost my energy, made me feel happier and they increased my passion for life. It was recharging and I feel very grateful to the organizers. I was part of a united team, even though the age differences were high (7, 9, 11, 13, 20).  I said “united” because I was very happy to see a 13 year old girl, helping the younger ones. They were all very patient, perseverant and they showed that they understood the idea of fair-play. And I envisaged they could make a great team, beyond this competition, too.” (Oana). “It was a real pleasure to meet again the children. We had played volleyball two years ago with them. They are more united this year, they take care of each other, are more open and more eager to interact with us. We know how important these activities are for them. Last night when we were part of the Dragons team, that won the second place, I felt enormously happy knowing that winning a game stimulates them and unites them so that at the end, they can feel victorious. They are all great children; they are not to blame for the state they are in. Many of them lead a harsh life. However, with the help from the association and United Way, their situation is improved. I, personally, thank you very much for your efforts!” (Mihaela). 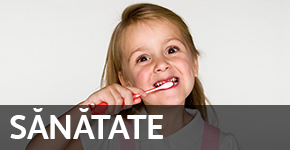 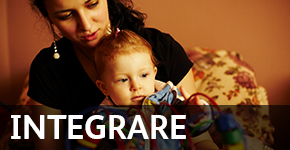