Organizations, companies, donors and volunteers who support lives in difficulty, awarded at the 2017 United Way Gala

At the twelfth edition of the United Way Romania Gala, people and organizations supporting people in difficulty were rewarded for last year’s outstanding results, obtained through their involvement in United Way Romania projects. The event took place on Thursday, March 23rd, at Le Château in Bucharest, under the motto Change a life. Transform a community., and numbered approximately 200 participants, representatives of the private, public and non-profit sectors.

This year, the event awarded 83 prizes to 20 companies, 34 individual donors with individual contributions of over USD 1,000 and USD 10,000, 21 volunteers and fundraisers – employees of partner companies and public figures, and five specialists in education: teachers, school inspectors and trainers. The awards targeted involvement in education, socio-economic and health programs developed by United Way in Bucharest and throughout the country.

“At the twelfth edition of United Way Gala, we want to remind everyone that a simple gesture can change someone’s life for the better and thus, the entire community we live in. Each of us can make from small gestures of kindness, to true acts of devotion. Disparate, they mean empathy and a helping hand. But brought together in a coherent, organized support the community offers to vulnerable groups, it means transformation. The power to transform for the better not just one life, but an entire community and future generations who will benefit from a more stable and healthier society.” said Cristina Damian, Executive Director of United Way Romania. 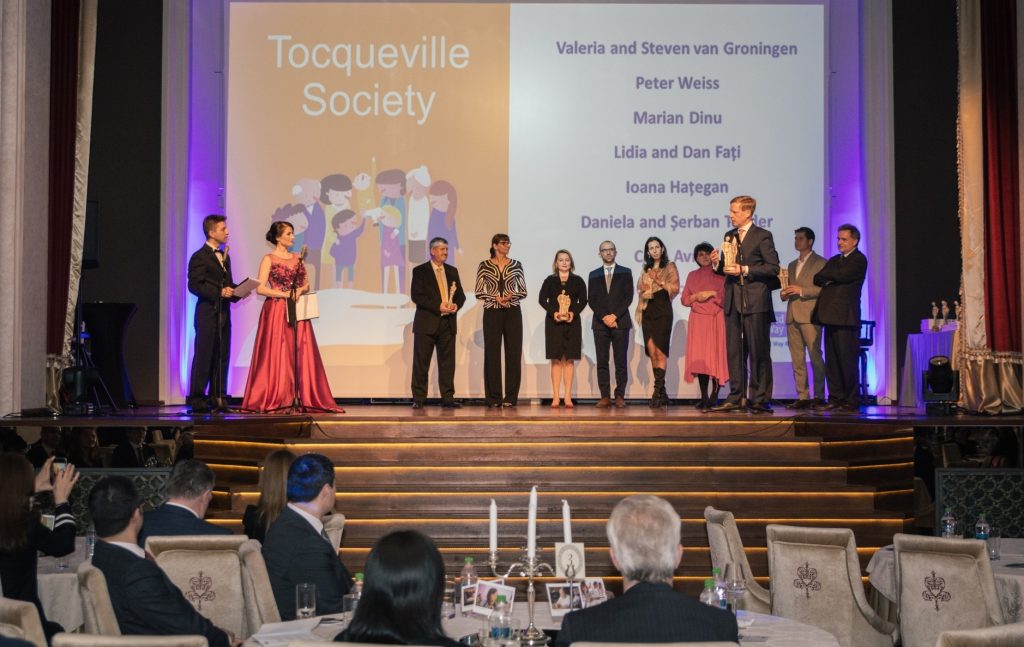 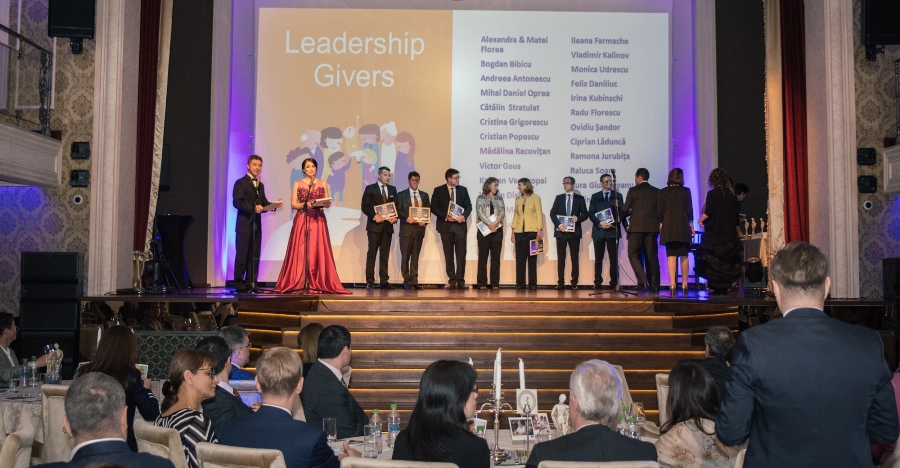 21 volunteers (employees of partner companies, public figures, bloggers and journalists) were awarded for their last year pro-bono activity: from fundraising for education projects, to tutoring activities for children and skill development workshops for former homeless people, they all dedicated their time to improve the living conditions of people in difficulty.

The last part of the Gala offered recognition to some of the best initiatives out of the 55 education, integration and health projects supported by United Way in 2016. The awards went to Școala Rut, project implemented in Ferentari neighborhood in Bucharest by Fundația Providența, Organizația Umanitară Concordia and Fundația Dezvoltarea Popoarelor (Cluj office).

In 2016, the contribution of over 3,000 individual donors, 36 major donors, 70 companies, and more than 1,000 volunteers, helped United Way Romania to support the projects of 55 organizations and non-profit initiatives and improve living conditions for more than 10,500 disadvantaged persons: children, youth, parents and elders. As a result, over 7,000 children from disadvantaged groups were supported to continue their studies and to not drop out of school, more than 1,400 youth and adults in difficulty (young people coming out of foster care, people living on the streets, single mothers, people with disabilities, parents and youth from poor families) have been helped to integrate socially and professionally. More than 2,000 children, adults and elders received social and medical care in order to live a dignified life.

United Way Romania Gala is an event with a tradition of 12 years, dedicated to both individuals and companies, institutions and non-profit organizations that contribute to the United Way Romania mission: improving the quality of community life by encouraging individual, corporate donations and volunteering. 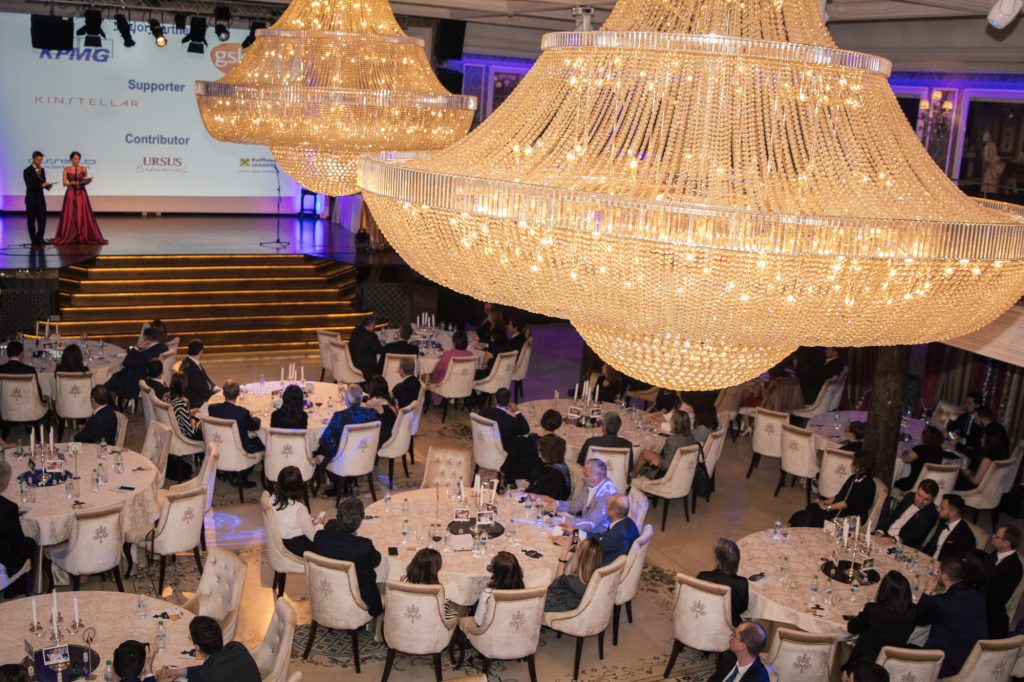 The event was presented by TVR (Romanian Broadcasting Company) news anchors Stela Popa and Mihai Melinescu and was attended by H.E. Hans Klemm, US Ambassador in Romania, and H.E. François Saint-Paul, Ambassador of France in Romania, the latter having offered the trophies to the Tocqueville Society members during the awards ceremony. 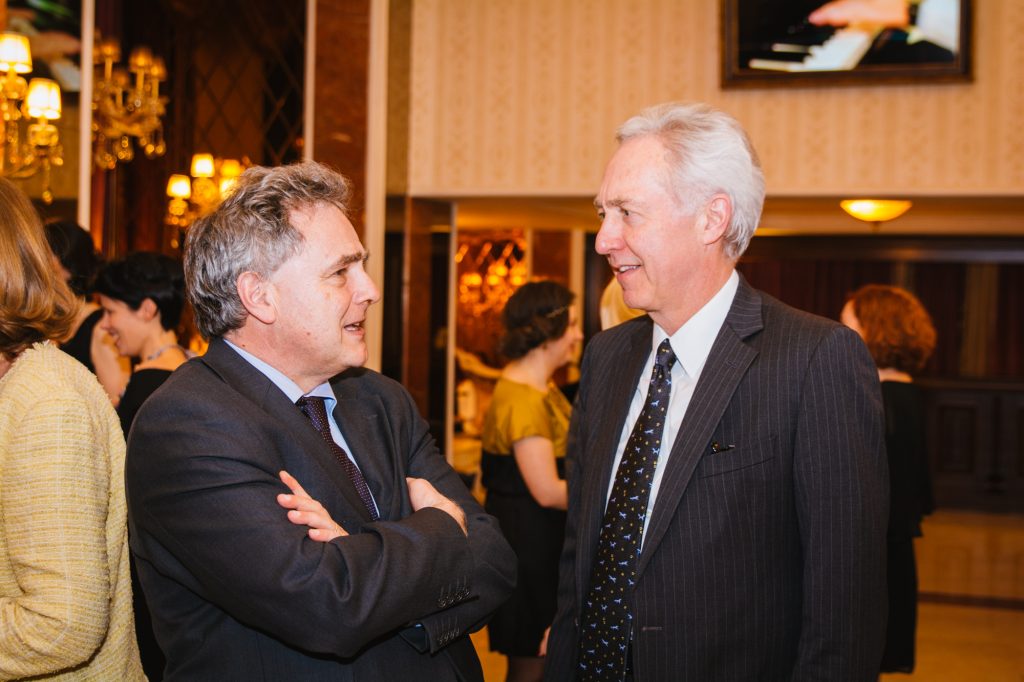 Guest speaker at this edition was Tedy Necula, inspirational movie director with a portfolio of over 40 campaigns and documentaries focusing on people from vulnerable groups (children in foster care, persons with disabilities) and communities from high-risk areas. 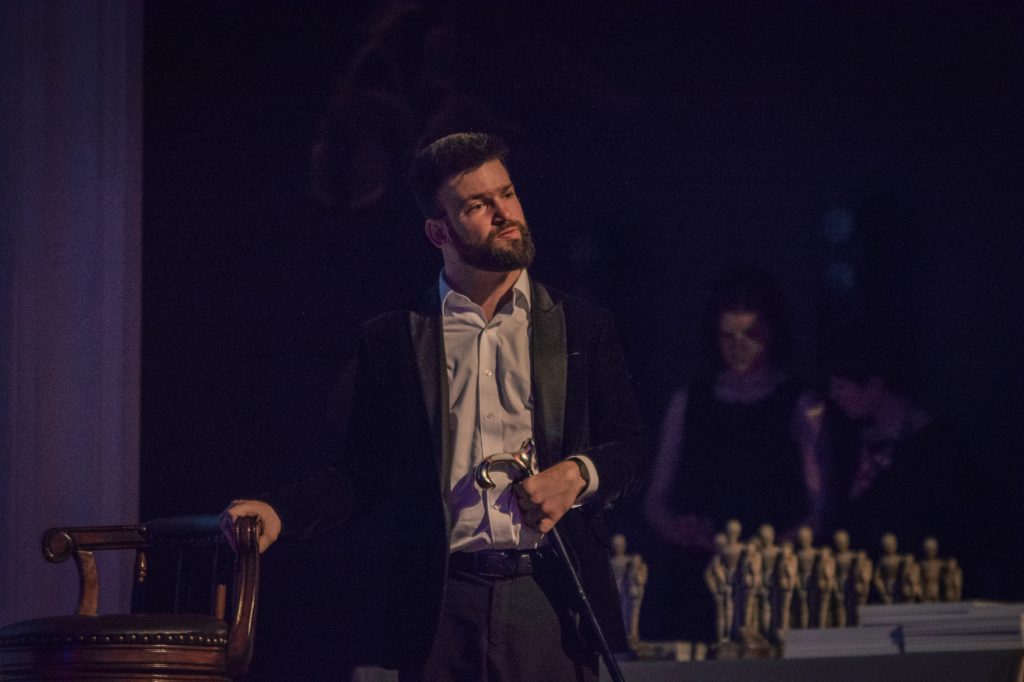 More pictures from the event are available here.

Organizing the Gala was possible with the support of the following partners: 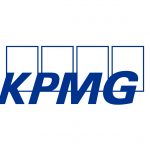 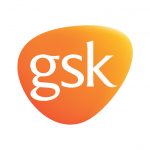 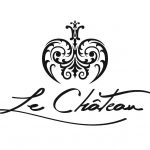