The story of Marius: From a bullied boy to an inspiration for his colleagues 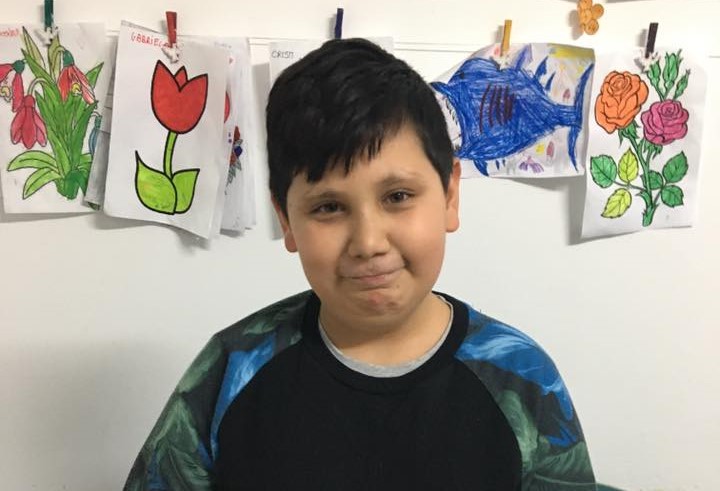 When we met Marius, he was a 4th grader. His parents struggled to pay the bills, and at school he was often humiliated by his colleagues, because of his speech deficiencies and him being overweight. When he entered United Way’s “Learn to Succeed!” program, Marius was a fearsome child, self-conscious by his condition, at risk of dropping out of school and with very poor school results. He was a child with special needs.

Our specialists at the educational centre offered him all the support and attention he needed. He received educational materials, help with homework, he participated in non-formal educational activities, and he also received the much needed material support, such as clothes, hygiene products (including protective masks) and social vouchers for his family, which they used to buy fresh food.

Although he reads and expresses himself with difficulty, both teacher and other children encouraged him to express himself freely, and thus Marius demonstrated a special talent in matching words in lyrics and in drawing. He currently composes poems for his colleagues and teacher, and his drawings are exhibited in class. Through our educational program Marius not only received the chance for a better future, but also experienced what it means to be welcomed with open arms and accepted.

Marius’ teacher is very satisfied with the progress he has made in his learning and socially, and said that his progress inspires others around him. Everything becomes possible when you are supported on your path and given a chance! Thanks to the confidence he gained at the centre, he also lost some weight.

“Everything has changed since I joined this program. I am very happy and grateful!”, Marius confessed to us, with a smile on his face.