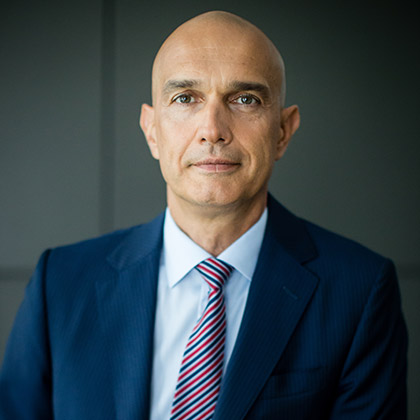 As president of United Way, Vladimir Kalinov wants to contribute to a society with equal opportunities for all who are part of it. He believes that without access to education and health, without being socially and professionally integrated, the evolution of members will not reach its maximum potential. For these reasons, he is dedicated to the causes that lead to prosperous communities. His experience in the banking and corporate environment will help to develop a high-performance system to encourage individual and corporate donations and volunteering.

“I like people who can build for the long run, who are not afraid of any obstacles and find the best solutions. Together we can make the place where we are a better and more harmonious space. “