“We have nowhere to return. Our house is destroyed.”- Ivanna, from Harkiv, Ukraine 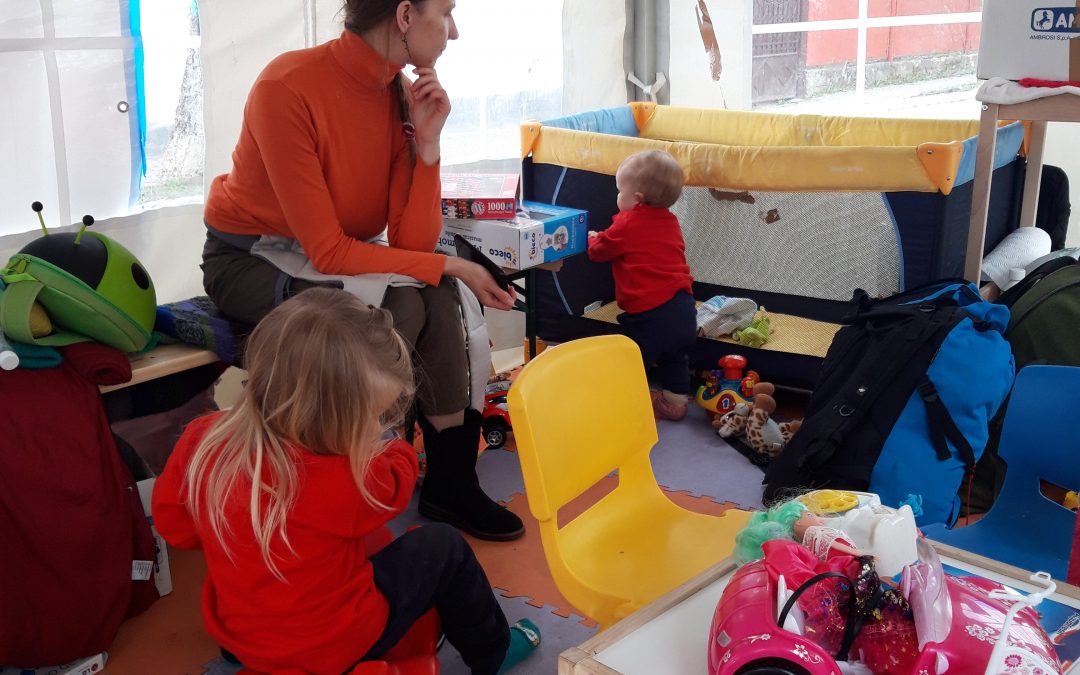 Ivanna has two children, four-year-old Sonya and one-year-old Vania. She came to Romania from Harkiv, one of the most bombed cities in Ukraine.

In the early days of the war, Ivanna, her husband and their children took refuge in the subway basement. Then they decided that, for the safety of the children, the mother should leave the country with them, even if it meant separating from her husband for an indefinite period.

The three traveled by trains and buses to reach the Romanian border. To make the journey easier, the mother bought a travel book for the children. So the little ones see this trip as an adventure.

First birthday away from his father and his favorite toys

After arriving in Romania, they spent the night in Sighetul Marmației, and the next day they returned to the customs area to receive more information and wait for the train to Bucharest. They spent this time in the mother’s and baby’s tent, where the little ones found enough activities to their liking, and the mother was able to collect her thoughts before a new long journey. In 4 days, Vania will be one year old. He will celebrate his first birthday away from his father, his favorite toys, his hometown and his country.

From Bucharest, Ivanna wants to go to Istanbul, and there to get a visa for Canada. “We will never be able to return to Harkiv anyway. Our house was destroyed. We have to look for another house in another country,”she explained sadly. She doesn’t have anyone in Canada either, but it is a place where she and her husband wanted to settle down a long time ago.

Hoping for a soon family reunification

Moments before leaving, Ivanna hurriedly picked up two bottles of water, fruit, food for the trip and diapers for the little one, offered by United Way Romania. All she wants now is for this ugly dream to end as soon as possible so that they can be a complete family again.