She took her grandchildren and left Ukraine, away from the war, with her daughter-in-law, daughter and husband 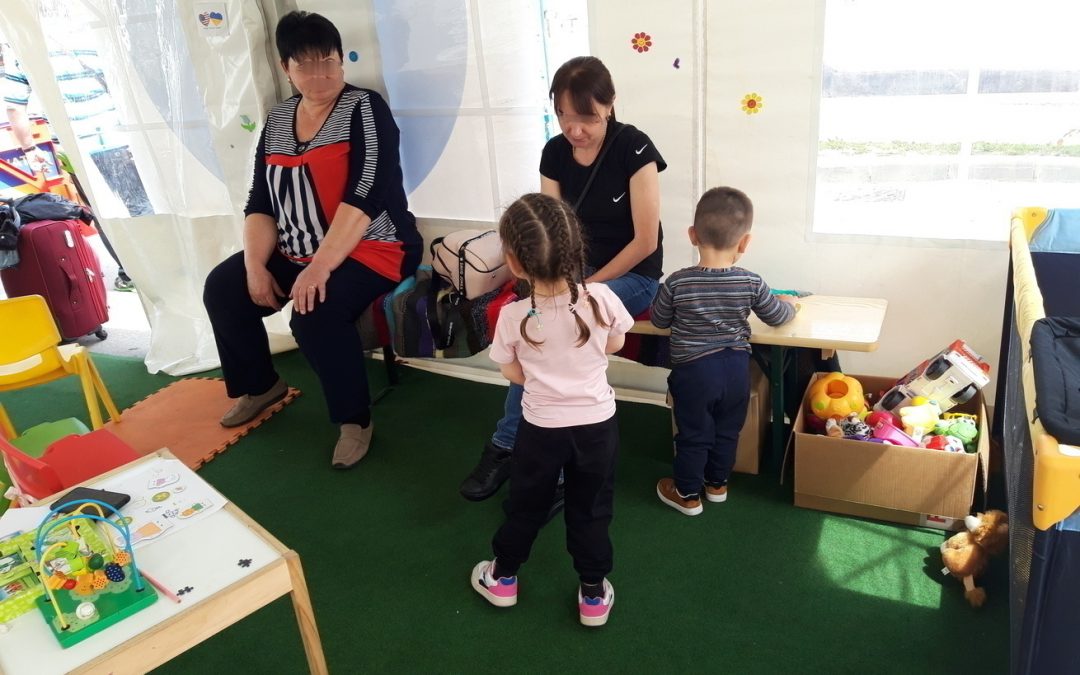 Among the young people and children, who manage to adapt more easily to the changes that appeared in their lives with the forced departure from Ukraine, we met Milena, a 61-year-old grandmother, who was anxiously waiting for their next departure, which it will take them further away from the war.

She was in the waiting tent together with her husband, daughter and daughter-in-law, and with her two grandchildren. Her son was unable to leave the country due to the martial law in effect in Ukraine.
Milena lived with her husband in a house near the town of Sumi. “We raised pigs, chickens, we had several hectares of land that we worked and we lived a good life. Now, when the war came, we had to leave everything behind. I couldn’t even sell the animals, but simply distributed them to the people who stayed there,” Milena confesses through tears.

Mu grandchildren are a gift from God

Her two children, a 42-year-old son and a 38-year-old daughter, lived in the Zakarpattia region with their families. “My son and daughter-in-law struggled for 14 years to have children. Together with my husband, we decided to give them the necessary money for thorough medical investigations and in vitro fertilization; they managed to have Victoria, who is now 3 and a half years old. Shortly after the birth, however, my daughter-in-law became pregnant again, as if by a miracle from God,” the grandmother tells us, putting her hands together, as a thank you to God.” Vadik is now 2 years old.
When she saw that the war was prolonging, she was the one who made the decision to leave the country and mobilized everyone. They traveled by train almost to the border with Romania and entered our country through the Sighetu-Marmației border crossing point.

A new life, away from the war

In customs, they waited for the transport to Spain, the country they chose as their destination. All this time, with the support of United Way, they received food, tea, coffee, water, juice, sanitary products, and the children benefited from the toys made available to them to spend their waiting time as pleasant as possible. She still hopes to return soon to their peaceful lives in Ukraine and to reunite with her son and prays to God to keep him alive.