The story of a young man who, through the InnoMate program, decided his career path 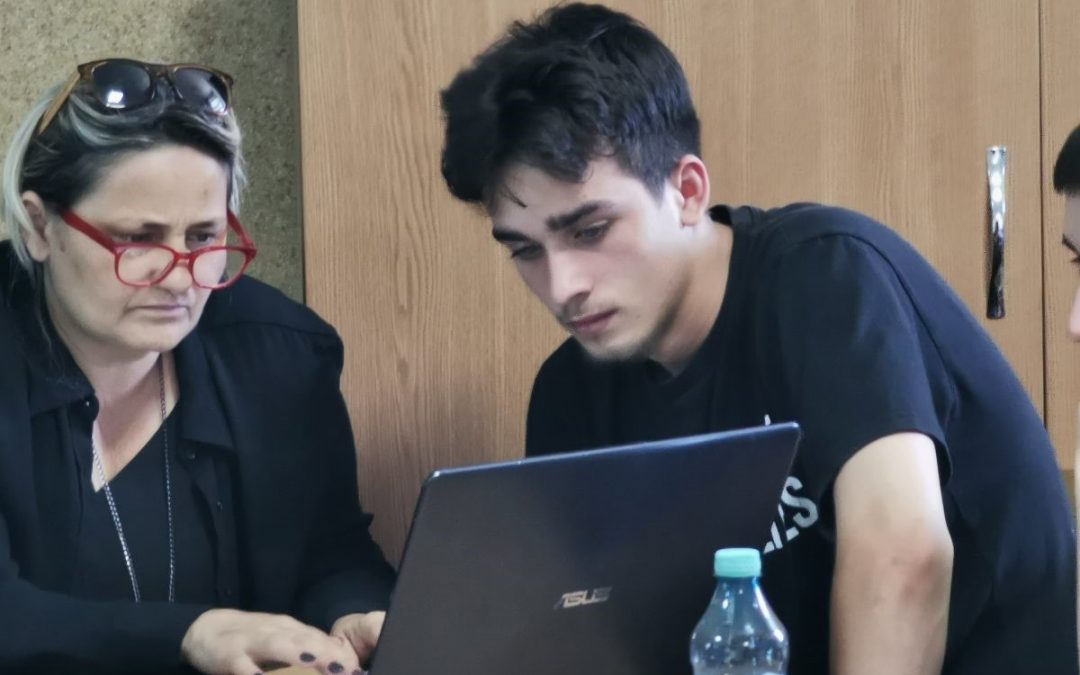 Alex is a student in the 11th professional class at Electrotimiș Technological High School. When he joined the InnoMate program, he was not sure of his next steps. Discussing with his mentor, who encouraged him to complete his high-school studies, he decided that his first goal is to get his bachelor degree. Through the professional counseling sessions, he realized that the skills he acquired in his family working with tools could also be used in other lucrative contexts. His discipline, patience and skill were appreciated at Accellum company, one of the places where he was an intern. He submitted his CV to this very employer and in September he will start working there as a mechanic for sewing machines. Also, in order to obtain the bachelor degree he enrolled in evening courses at highschool in Timișoara.
“Within the InnoMate project, Alex was very involved from the beginning. He became aware of the skills he already possessed and the ways that he can use them. He now knows how to plan the necessary steps to achieve his goals. The ambition and clarity with which he plans his future make me confident of his success.” – Sara Tătaru, Career Advisor.

Alex was one of the students who, together with his team, participated in the business plan competition that took place at the end of the project. Their idea, called “Electrofood”, proposed to prepare and sell sandwiches and pancakes to high school students, an idea they also put in practice for a day. For the boldness to put their business idea into practice, for the courage to take risks and for understanding and sharing their lessons learned, they received second place at the business ideas competition in Timișoara.