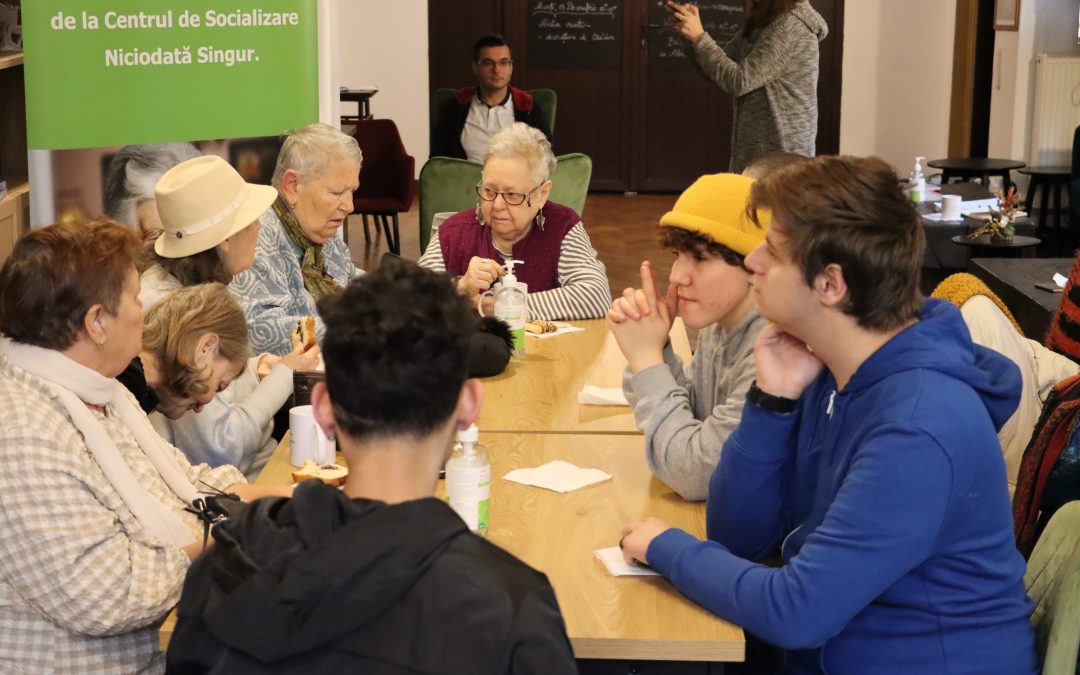 In Romania, the gap between generations is often seen as a given, which cannot be overcome and must only be accepted. Such different experiences, the way each generation gathers its information, and the fewer and fewer contexts for interaction between the young and the old do not help to change this status quo. Apparently, digitization has contributed to the increase of this gap between the young generation and the seniors, since for a good part of the elderly, assimilation of new skills that also require the acquisition of a new communication tool raises great difficulties. In the case of vulnerable groups, single elderly people with limited financial resources and young people from disadvantaged backgrounds (from single-parent families, who grew up in state institutions, from poor families, etc.) this reality is even more valid.

United Way, with support from Internet Society Foundation and TechSoup, decided to challenge this state of fact and use technology to bring closer vulnerable people from the two age groups, within the project “Inclusive digitization for the elderly and young people from risk groups”.

The project aims to bridge the generation gap by using technology as a means of connecting the two groups online. Practically, the lonely elderly will learn from young people from disadvantaged backgrounds to communicate with the help of new technologies, and the youth in turn will have the opportunity to learn from the wisdom of seniors. A tablet connected to the Internet for each of the participants is enough to mediate an interaction so valuable to both age groups.

Following these meetings, the needs of the two groups will be met on several levels. Thus, in the case of the elderly, the feeling of social uselessness and loneliness will be significantly reduced, and young people will be empowered. Both groups are thus helped to feel less alone by being part of meaningful activities that nurture mental health and enhance social inclusion.

The project takes place for one year and will involve 160 vulnerable people (80 seniors and 80 young people) as follows:

– 80 seniors will go through a digital training and educational process, developing skills in this regard;

– 80 young people will be empowered through their involvement in the digital education process of the elderly and will receive support by being exposed to various professions /jobs;

– All 160 beneficiaries will have access to technical equipment and internet.

As part of the project, seniors will participate in 12 digital education workshops, both in physical and online formats.

The youth will take part in 7 training sessions to be able to offer support in the digital education workshops for the elderly. (TOT – training of trainers)

In addition, 12 thematic workshops will be organized for young people and the elderly, online and face to face.

Finally yet importantly, there will also be 6 one-on-one online meetings between an elderly person and a young person (a total of 480 meetings). For all these interactions, the 160 participants will receive tablets equipped and connected to the Internet.

A collaboration at European level

“The initiative of the Internet Society Foundation to bring people closer together with the help of technology was developed by United Way Europe and the Middle East, which proposed an extensive social program where two disadvantaged categories interact with each other to reduce the degree of loneliness and isolation they feel. Thus, Spain, Netherlands, Romania, Germany, UK and Israel have each created a project in this sense, depending on the local specifics. We are happy to be part of a bigger story, and together with a visionary partner, to positively influence the lives of young people and the elderly in risk categories”. – Adriana Dobrea, United Way Romania Executive Director.

The project started as a pilot in 2021, with two countries involved: Spain and the Netherlands. After its success, in 2022 it expanded to the level of six United Way representatives in the EMEA, including Romania.